the history of our great club

The Langhorne Creek football club was first established in 1906 and recorded its first match against Milang. The club began competing more officially in 1922 when it joined the Alexandra Football Association in 1922. Langhorne Creek then joined the Hills Central football association in 1932 and competed in the B Grade division; to which they lost the grand final to Milang before recording the clubs first premiership the following season. The Hills Football League was established in 1967 and Langhorne Creek moved to compete in this competition where they were known as the 'Tigers' and wore black and gold. After racking up three consecutive A Grade premiership in the Hills league (1975-1977), the Langhorne Creek Football Club joined the Great Southern Football League and officially became the mighty Hawks. This switch saw the club obtain immediate success, winning the '78 premiership to make it four in a row. The Hawks then endured a 23 year premiership drought until they achieved success again in 2001.  Since that time, Langhorne Creek have won seven premierships. They were back-to-back premiers in 2001/2002 & 2011/2012 and most recently three time premiers in 2018/2019/2020. 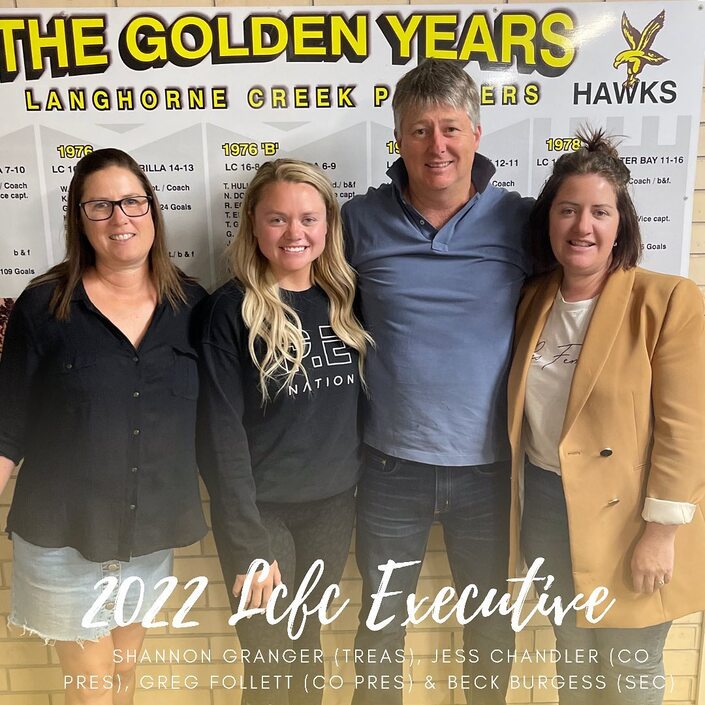